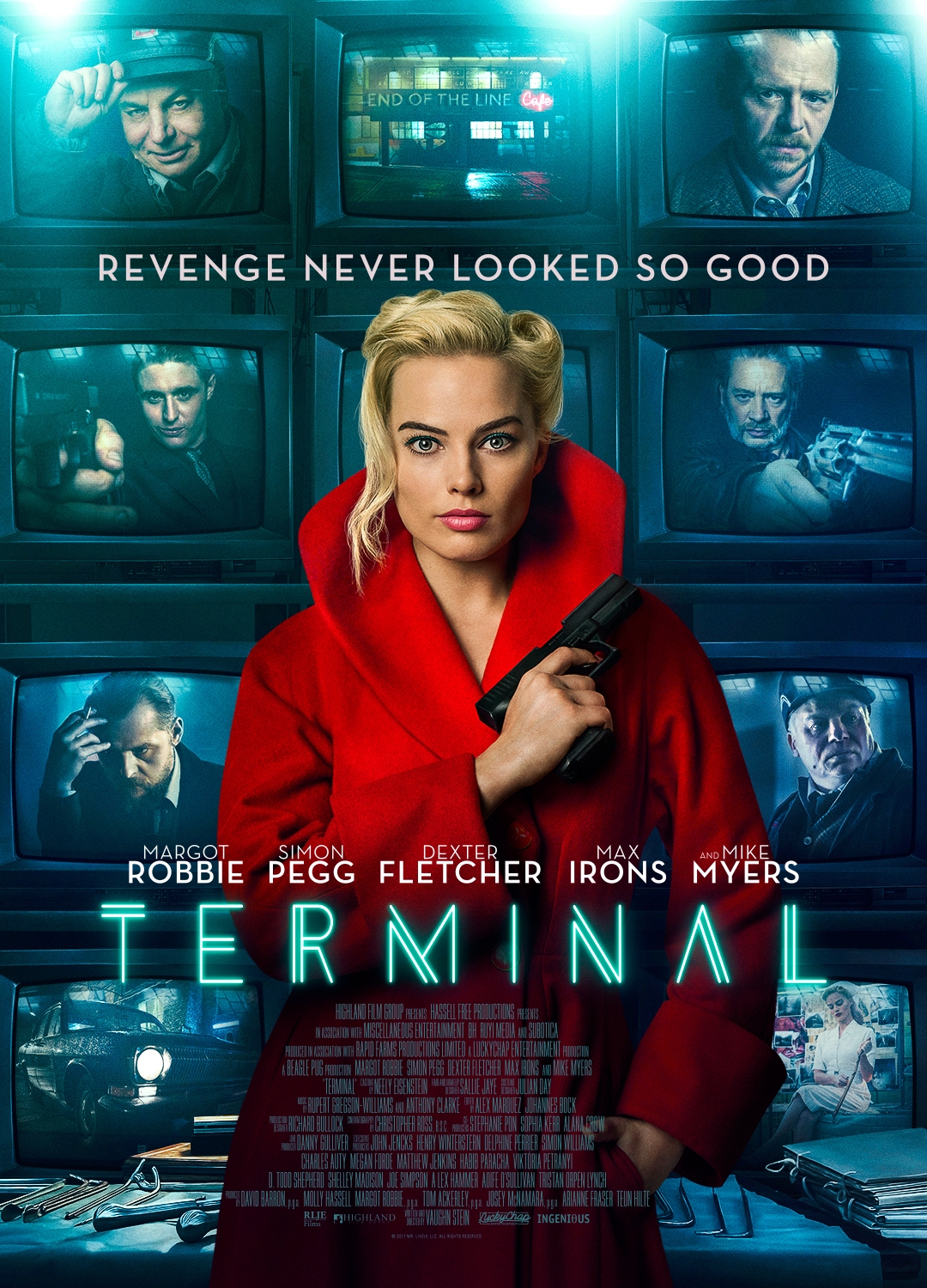 Appearances can be deceiving. Always be the smartest person in the room. There’s no such thing as coincidence. These may be rote clichés, yet the failure to adhere to them will get you killed in Vaughn Stein’s feature debut, Terminal. Before you harangue me for a spoiler, part of the brilliance of Stein’s script is everything is laid out for the viewer from the jump. Our femme fatale (Margot Robbie) makes a wager with a mysterious man to pit two assassins against each other. If she succeeds, she becomes the benefactor of all his contracts. If she fails, she forfeits her life. Amidst all this, a fatally ill man (Simon Pegg) and the peculiar night supervisor (Mike Myers) of a train station find themselves stuck in the middle of her deadly web. In this neon-soaked thriller reimagining aspects of Lewis Carroll’s Alice in Wonderland, only the clever and the mad survive.

Without a doubt, Terminal is a lot to take in. The largely black or darkly light scenes accented by bright neon from the periphery combined with sharp dialogue delivered at a frequently rapid pace can overwhelm the senses as the audience processes every detail. And details are significant to Stein’s story. From the set design to the costuming, everything serves a purpose to indicate mood or highlight the setting. It’s not just that this is a world of moral ambiguity, it’s a world existing in an enigmatic era. If not for the large signs glowing in distance during various establishing shots, we’d never know this area is advertised as Wonderland, that the train station is known as Terminal, that Annie (Robbie) slings coffee and sticky buns at the End of the Line Café, or that the hotel the two assassins she seeks to annihilate are staying in is called Railway. These names are certainly significant in establishing one locale to another, but are otherwise meaningless. That is not to say that the settings are irrelevant because as the story unfolds, what makes each place matter are the details we miss, the details Stein hides in plain sight.

Much like Carroll’s story, the narrative of Terminal bends reality to its will in alluring ways. Images flash, sets shift and change, and the surroundings don’t so much ooze menace as radiate danger at every turn. Clocking in around 90-minutes, Terminal has no time to waste. Yet, despite its brisk pace, the script is both patient and thoughtful. It quickly gets all the pieces on the board and moving all while taking its time to get them into their proper positions. That’s where Stein’s devilishly delightful script – itself is a harbinger of duplicity – works so beautifully. As expected in a noir, the dialogue is double-tongued, yet everything is delivered by the cast with such easy expeditious fashion that the audience is forced to engage in mental gymnastics to track the dialogue and intent. So caught up are we in the one-upmanship  these nefarious characters preoccupy themselves with, that it’s easy for audiences to become distracted, making the revelations that unfold all the more exciting.

Dialogue and clever cinematography may set the stage for Terminal, but the responsibility of making it truly feel perilous falls on Robbie as the sweetly deranged Annie, a girl whom everyone – including the audience – underestimates. Robbie brilliantly leads Terminal in a role most will likely compare to her portrayal of DC Comics character Harley Quinn in the 2016 release Suicide Squad due to Annie’s quick wit and dangerous aura. However, that’s just the outer shell of a performance from Robbie that’s more deep, more depraved, and more brilliant than Robbie was allowed in Squad. Frankly, if this performance doesn’t earn her a role beside Charlize Theron in an upcoming film, then it’s a wasted opportunity.

For some, Terminal may require too much of a leap of faith. It’s a candy-coated, neon nightmare world in which the inhabitants are firmly aware of the original Wonderland novel, yet find nothing bizarre about a club called “Le Lapin Blanc” or our narrator’s propensity to quote the characters ad infinitum. But nothing about Terminal is meant to be realistic. It’s a tale beyond the looking glass and this world is malevolent in nature. So while Terminal isn’t likely to connect with mainstream audiences, it’s is a film that’ll make a fan of virtually anyone who watches it, necessitating an immediate rewatch to catch what Stein hid in plain sight. Gratefully, Terminal isn’t all flash and no substance as it relies on the performances to ground it. Each actor does a wonderful job to make this crazy journey down the rabbit hole feel simpler, even as it grows ever more complicated. Bound for cult status, Terminal is an experience that shouldn’t be missed. 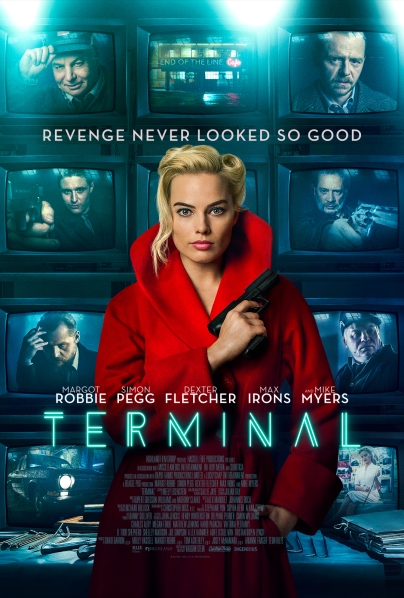