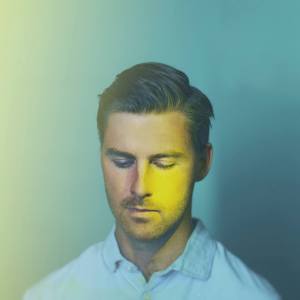 VIET ROSE and previous single releases “COMFORTABLE” and “MY OWN MYSTERY” featuring NGAIIRE.

Leading the path is “MAN”, a rhythm laden gem that inserts itself into your ear and lodges itself there. The drumming is so enticing that one will find themselves trying to find their inner drummer. Midway through “SOMETHING IN THE WATER” it becomes reminiscent in vocal stylings of cousin RY-X which isn’t a bad thing. Talent just runs in the family. Even LANKS‘ grandma, VALDA CUMINGS collaborated with Will Devereaux and Hayden Daniel to create the cover art for twentyseven. The title track “TWENTYSEVEN” is a beautiful ode to where LANKS was at in one point in his life and needing to challenge his idea of what success was. While “COMFORTABLE” is about depression, it is not a depressing song. It is an upbeat and lifting song. “MY OWN MYSTERY” is a touching shout out to how much he was missing his now wife and it’s just one damn catchy tune. Sliding into track six is “CIRCLES” a snazzy little number that makes you want to move and groove like a classic R-n-B song. Is it one? I’d say yes, but with an Aussie twist. At the halfway mark, we are given “YOURS” produced by AKOUO and the most intriguing part of this song to me is the music, particularly the beats. They’re addictive and entertaining while adding another layer of subtlety to the song. Stripped down and almost bare is “PHOENIX FRIENDS” and it is a gem of a track that showcases the vocal talents of LANKS. From VIET ROSE EP comes “BITTER LEAF” and it fits in beautifully with the other tracks for twentyseven. It could have been a stark contrast to where LANKS as an artist is now, but having been a fan for a while, in my opinion, VIET ROSE might have been the catalyst that lead him to where he is now and having this song on the album makes absolute sense. It’s a natural progression into the song “HOROSCOPES” and this song is musically fun and an infectious little play on astrology. Another track from the VIET ROSE EP, “HOLLA”, bookends a newer song but if one was a new LANKS fan, there would be no indication that two of the songs three songs were “older”. I think that’s one of the great things about LANKS. As he grows and evolves artistically and musically, older songs sound just as new and fresh as his latest tracks. Each of his previous EPs have all evolved from one to another with none sounding the same and that takes skills. He is experimenting but in such a natural and unforced way that you want to know what is next. Some bands experiment to the detriment of their art, but when LANKS experiments it naturally moves his art forward. Nearing the finish line, LANKS gives us “RETICENT”, that lets him show off his rap skills. A fine example of experimenting and moving your art forward vs a WTF moment. The rhymes are fresh and the flow is natural and it’s catchy as hell. “MY ARTISTIC IDOL” is a beautiful node to VALDA CUMINGS. Closing out twentyseven is “ICARUS” a love song. Pure and simple. Poetic and beautiful.

Favorite Song on Album: “HOROSCOPES”
Song to Play on Repeat: “TWENTYSEVEN” or “COMFORTABLE”
Must Listen to Song: “RETICENT”